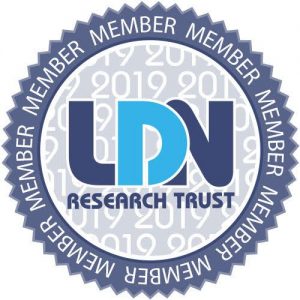 Naltrexone is in a class of drug known as an opiate antagonists. Its normal use is in treating addiction to opiate drugs such as heroin or morphine. The dose used for this purpose is usually between 50 and 300mg daily.

Low-dose Naltrexone (LDN) has been used in the treatment of autoimmune diseases in the USA since 1985 but is relatively new in the United Kingdom and Europe. Despite the fact that the drug is used at a very low dose, the occurrence of significant introductory or long term side effects cannot be excluded.

This method was devised and subsequently developed by the late Dr Bernard Bihari M.D., a physician from New York, USA who passed away May 16, 2010. Dr Bihari was qualified in Internal Medicine, Psychiatry and Neurology, and we hope to honor him by continuing his pioneering work.

Your doctor will usually start treatment at an ultra-low dose and increase this gradually over a period of weeks – until you are stable and side effect free.

The starting dose can very from 0.5mg to 1.5mg- and is usually increased over 4-8 weeks to 4.5mg or higher until the optimal dose is reached. Some doctors increase this to twice daily, for certain medical conditions.

For Autoimmune Diseases, patients typically start at 1mg and increase to 4.5mg daily over a period of 4 weeks.

However, for Hashimoto’s Thyroiditis, Chronic Fatigue Syndrome or Fibromyalgia, the starting dose is usually 0.5mg and increased by 0.5mg a week until the dose of 4.5mg is reached is tolerated.

For Cancer, LDN can be taken at similar doses, but must be avoided the week before and the week after cancer chemotherapy. This does not include a drug called tamoxifen or daily medications for prostate cancer.

Please Note: With LDN it isn’t the higher the dose the better the benefit is it was dose suits you best, this might be as low as 2mg, not everyone gets to 4.5mg.